On Sunday, April 16th, we got up at 5 am to make a 7:30 am flight from Lima to Cusco.  Were met by our tour guide and driver and left the Cusco Airport for a two day tour of the Sacred Valley. Cusco is at roughly 11,000 feet elevation, so it is good to go to the Sacred Valley and work your way up to the elevation of Machu Picchu at approximately 8,000 feet and then go back to Cusco to stay a few days to avoid elevation sickness.

This is a good time to discuss the wonderful tour company that put together our trip.  We used, Rainforest Cruises which specializes in Peru trekking and sightseeing tours, Amazon Cruises in multiple countries, Ecuador Bird watching expeditions and Galapagos Tours. We had asked for a fully guided tour so that we could focus on the ancient sites of Peru and the wonders of the Galapagos in two short weeks.  They did not disappoint.  Usually, we plan our own trips and set up all accommodations and transportation.  For this this trip, it was perfect to let Rainforest Cruises do the hard work and let us just enjoy the trip.

Below, our first view of the Sacred Valley.  When the Spanish took over this area, they set up towns on the valley floor and tried to move all Inca people out of the mountains so they could be controlled.  The Inca did not use agricultural land for cities. 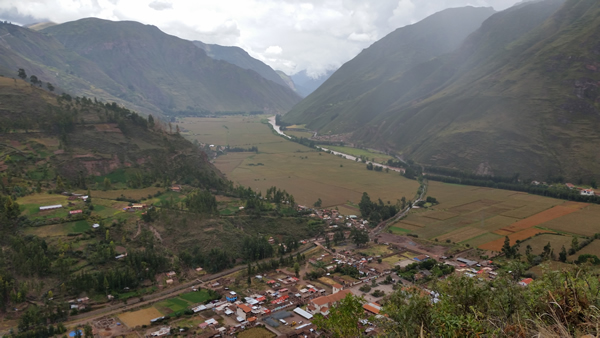 We followed the river for a while then worked our way up into the hills to Pisac or Pisaq.  Pisac is an thriving town and the upper hills have incredible Inca ruins.  The winding road to Pisac. 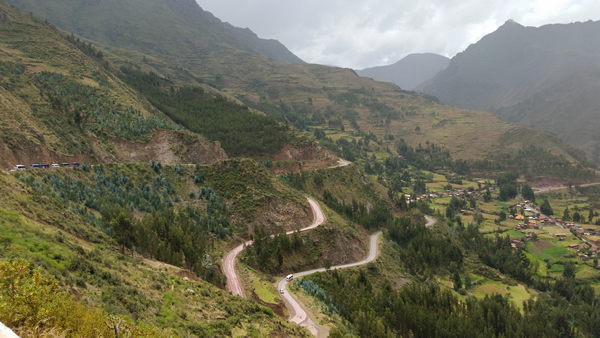 We went directly to the Pisaq Ruins. 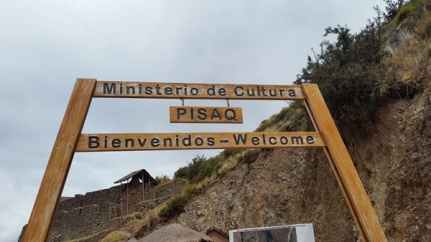 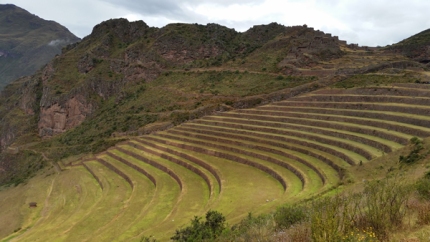 Our guide explained how they believe all Inca cities are set up. Upper hill for storage areas that are separate from the people and will catch the wind to keep grains dry. Top of the mountain was temple area for rulers and priest. Below that was Nobility.  Permanent workers lived in a separate section, divided into Citizens and Servants. The lowest area of the mountain town would have houses for ‘travelers’ that were seasonal workers needed for harvests or buildings or other projects. All were separated by class.  It is believed that a citizen could become a lesser nobility but workers and servants could never change classes.  This explanation was very helpful in understanding each of the sites we visited.  The Inca’s did not have a written language, all explanations of sites are ‘best guesses’ based on archeological evidence and early accounts after the Spanish conquest of the area. 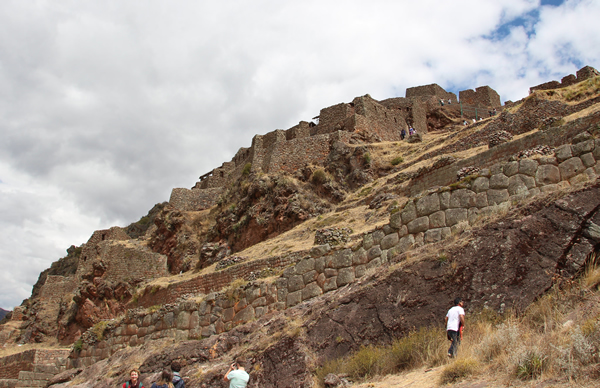 Ruins high up the hill* 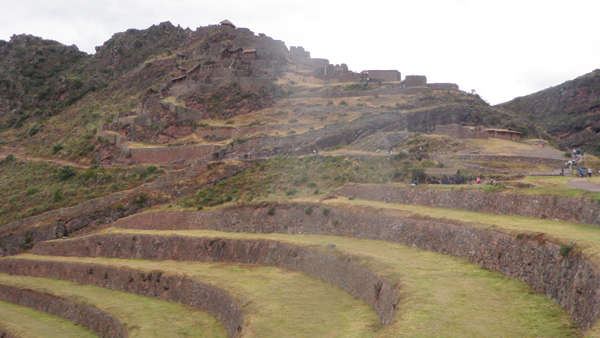 Pisas ruins also have a unique area which is another hillside with small caves which is believed to be an Inca cemetery.  Bodies were found in sitting, fetal positions with offerings such as pottery in these caves. 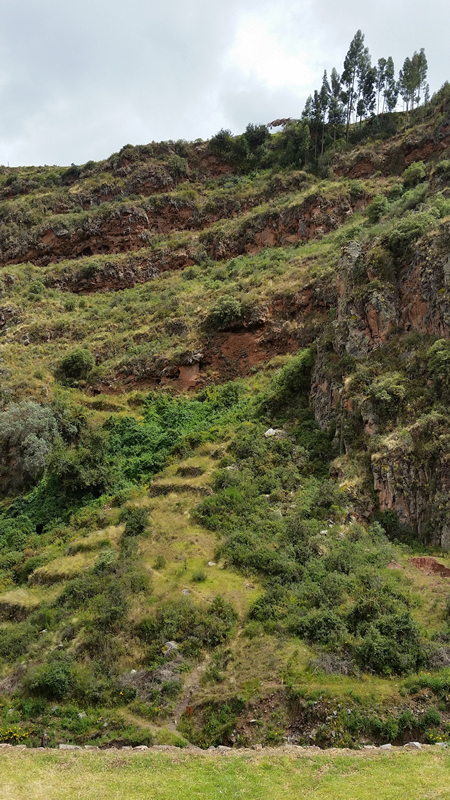 After visiting the ruins, we went into the town of Pisac to the market and small square which now thrives on the tourist industry. 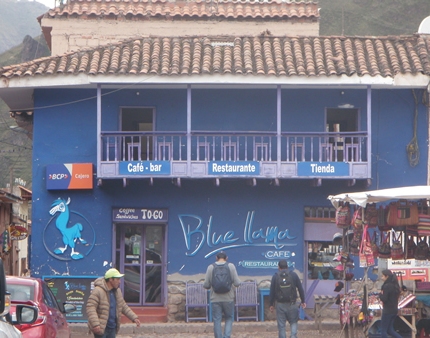 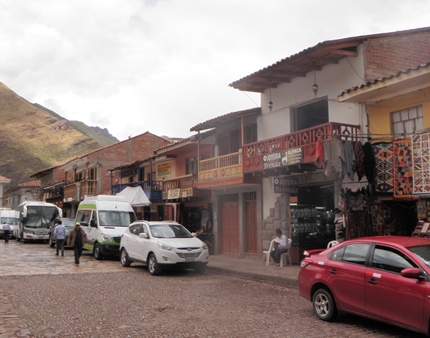 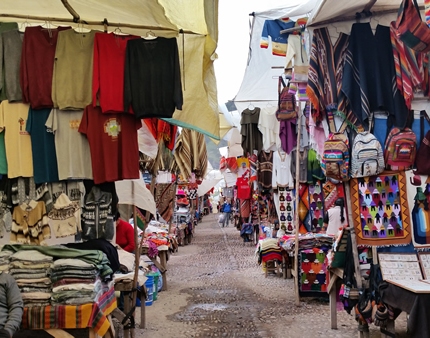 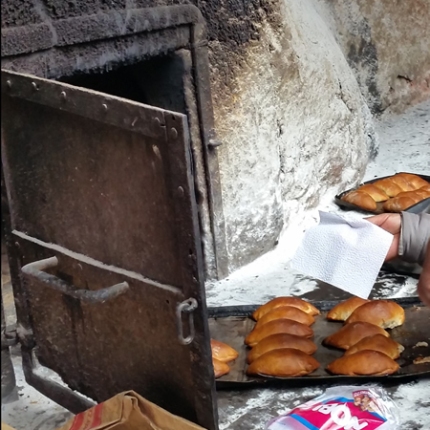 We were able to see the town oven.  As a child, our guide spent many summers in the Sacred Valley with her grandmother. She explained that most areas have one oven and everyone takes their baking items to the town oven.  She says that even today in many villages there is just one oven that everyone shares.  They were making Andean Bread which is very much like a sour dough roll with various spices, very good bread.  We had this type of bread at most meals in the Sacred Valley.  Given how I love to make sour dough bread, this was very interesting to me.  One of the spices they often use in the bread is a mild anise.

Ollaytaytambo is both an Inca and Spanish City.  This was one location where the city continued to thrive since the Spanish arrived.  Because the city was a major control point into three passes and into Machu Picchu (which the Spanish never found) the Spanish kept the lower sections of the city and simply changed them to Spanish style.  The mountain terraces and city areas were  forced to be abandoned and the beautiful ruins remain. 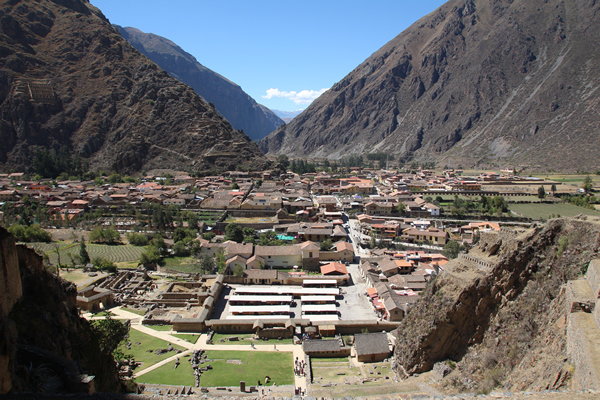 Very large terraces and a temple at the top of all the terraces. 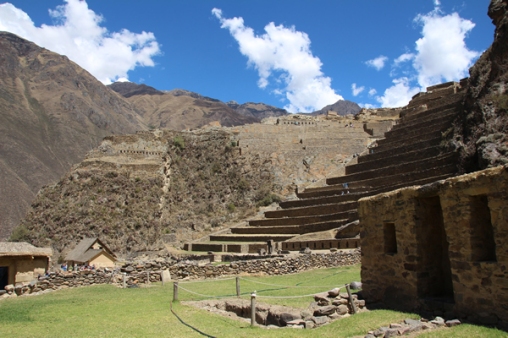 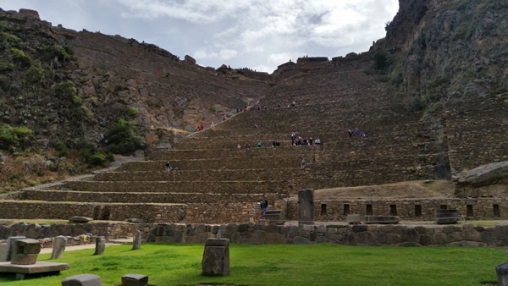 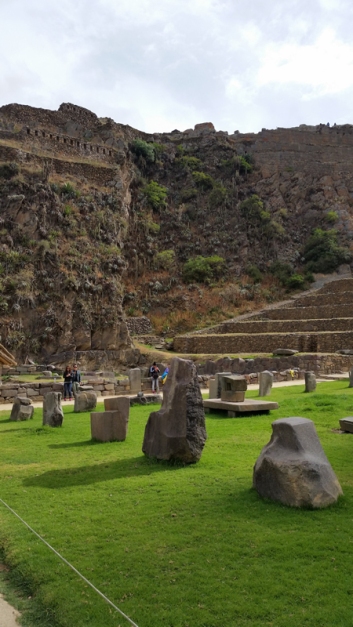 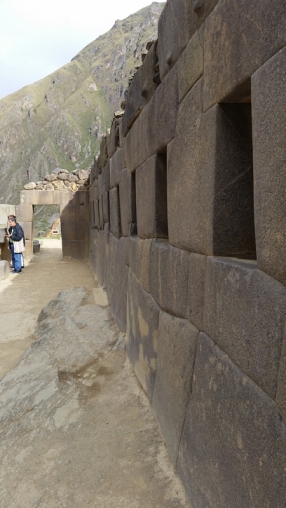 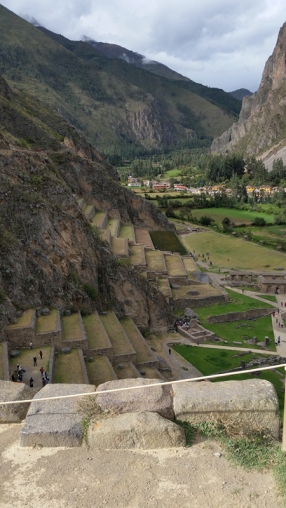 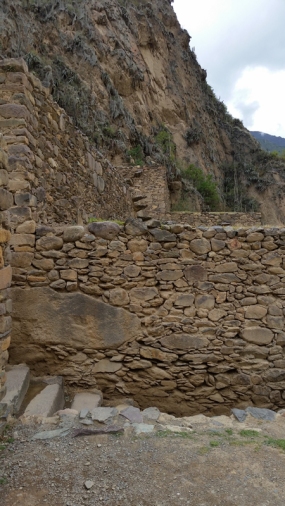 Looking out from the ruins, many see the face of a man in the hillside. 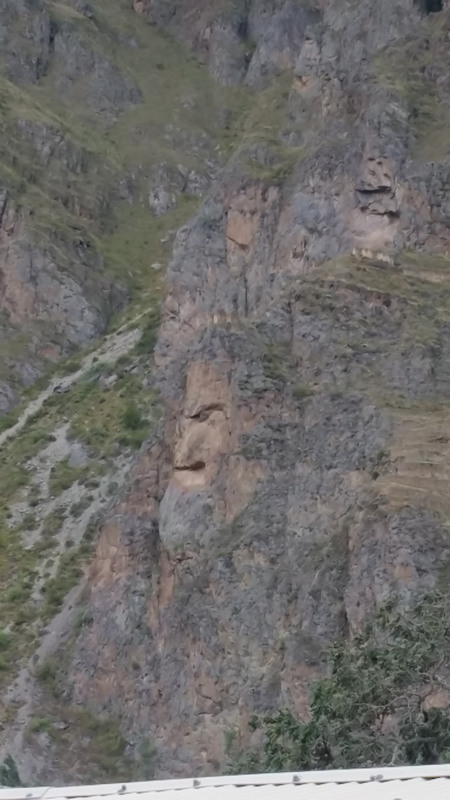 We stayed two nights in the small town of Yucay at the Hotel Casona de Yucay.  A lovely hotel which had two entry plazas to get to the reception area.  It was originally a hacienda and then converted to a hotel and conference facility.  The restaurant was excellent! 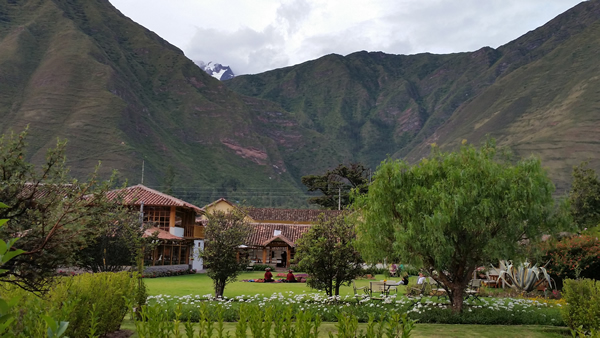 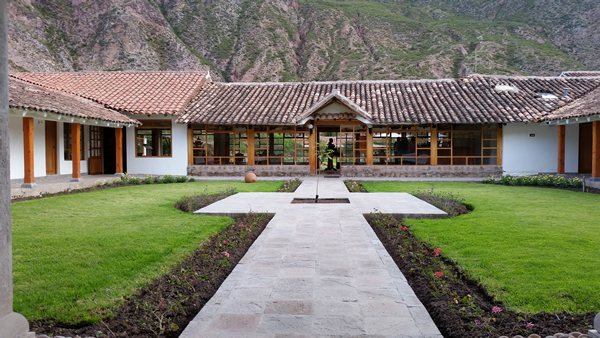 Next to Moray and Marasol Salt Ponds

3 thoughts on “Peru and the Galapagos-2”